I listened to a gentle interview with the French Author Michel Houellebecq transmitted by the Swiss Radio.

He said two things about the book of his that won France's most prestigious Prix Goncourt:

1. He saw Conservatism as a source of progress because it only changes something when it is unavoidable. Conservatism, so Michel, stays with that which deserves being protected. It is not reactionary but appreciative of what is valuable.

2. More relevant here, he ventured into the topic of sexuality. He saw it as always bound to love, and as such, he took it to be one of the few joys in life. He can be quite lyrical about the real togetherness of man and woman.

Now, in his newest book, he is even more controversial than before, although many French people see him as prophetic. He is a gentle atheist -- but where the topic of death is concerned he does wonder about the eternal.

Below is a British view of him:

https://www.bbc.co.uk/sounds/play/b068lst2.  You need to copy the address to a browser.

Andre Eva Bosch about "My Apprenticeship: An Intellectual Journey" 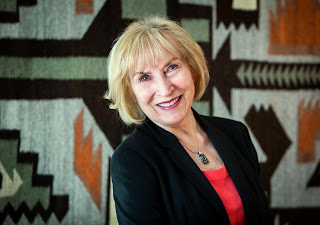 As far as your book is concerned, let me say at the outset that I found it really absorbing. I know far too little about the subject of anthropology to comment on it as an anthropological study – to me it read like a memoir and a classic ‘heroine’s journey’ rolled into one: You, the narrator of a pivotal slice of your life, venture into the unknown on an adventure, you overcome obstacles, your inner process is revealed, you get a greater grasp of your interiority and you return a more authentic person.

Of course the fascinating ways and world view of the Lenda are extremely interesting, especially the independence of the women, but by far my curiosity was piqued by you -  so young, so wounded, so hungry to ‘find yourself’, so psychically ‘open’ due to the fact that you were out of your comfort zone which allowed suppressed memory and pain to bubble up.

It says a lot of your strength of spirit that you were not completely submerged by those powerful experiences that came from deep inside. It was exactly this powerful experience of yourself, which in turn gave you the tenderness and capacity to get a depth perspective on the Lenda – that is my conclusion.

I gather from the more academic passages in your book that your field of study grapples with the inevitable bias that a fieldworker brings to the subject of study. I think it is precisely your inevitable bias that makes this account readable for me. I am always more interested in authentic growth, honesty and the search for meaning in a book than in bland facts – writing that is well-balanced between heart and head.

So for this reader, the emotional/professional evolution of you the narrator, and how you describe it against the fascinating and sometimes disturbing background of that often hopeless setting, caught my attention and motivated me to keep turning the page.

An interview by Michael Enright: CBC Sunday Edition, with psychologist Oliver Hardt about forgetting to remember.


2. CBC SUMMARY OF  INTERVIEW
When we forget something, it often feels like a failure.

In the moment, the brain can't tell which experiences are important and which are useless — so as we go through our days, it records everything it can.

"We believe the brain is some form of promiscuous encoding device. It just forms memories of basically anything you pay attention to," Hardt told The Sunday Edition's host Michael Enright.
"If that goes on unchecked for days and days, the brain will be flooded with an army, almost, of useless memory demons that distract you in any way possible."

Hardt, an assistant professor at McGill University who specializes in cognitive neuroscience, said scientists weren't the first ones to identify this problem.

In his 1942 short story Funes the Memorious, Argentine writer Jorge Luis Borges wrote about a man who is tormented by his inability to forget.

"That character Funes is basically unable to operate normally during the day. If Funes sees a glass of red wine, immediately anything that is associated with this glass of wine is remembered automatically, like grapes, the process of harvesting, events, and stuff like that," Hardt said.

At the end of the day, the brain needs to free up space to make room for new memories.

That's where the brain's automatic forgetting process comes in.

Hardt explained "neuromodulatory events" help the brain figure out which experiences are important.

"If you get excited, or afraid, or you have a moment of surprise, or there's something novel in it you didn't expect, these experiences cause the release of certain substances in the brain [like dopamine and norepinephrine]. They improve the memory-making process that is going on in the moment," he said.

If there is a strong emotion associated with a memory, there's a greater chance it will withstand the brain's natural forgetting process.

"You can imagine that during the day all these new connections are formed, because you have all these experiences. Some of these connections get a special kind of flag," he explained. "Anything gets weakened that doesn't have that protective little flag attached to it."


In a wide-ranging interview, Hardt spoke with Enright about why it's so hard to intentionally forget something, why "flashbulb" memories of big news events are unreliable, and the relationship between normal forgetting and the pathological forgetting experienced by people with Alzheimer's and dementia.
Posted by Karla Poewe at 11:13 AM