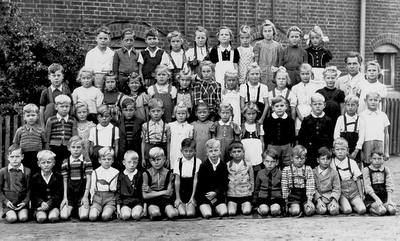 I was at a friend's place. She is older than I and remembers more of the past. She told me a beautiful story about wanting to attend a session at the Nürnberg trial when she ran into a friend called Victor Klemperer. He advised her to stay away, the trials were about punishing the Germans, not justice. Why was there this hate against "the Germans"?

The answer is found in many American history books. Take for example David Stafford 2007. He wrote "Endgame, 1945: The Missing Final Chapter of World War II." N.Y.: Back Bay Books. The book is not, as you might expect, about the plight of refugees flocking into Germany or bombed out people fighting to keep children and themselves alive. It is about monitoring their feelings of guilt. And because Germans were not seen to be expressing guilt, the book is about the further judgement and condemnation of those who remained alive.

Thus Count Folke Bernadotte, a genuinely humane Swede in the Service of the Red Cross, who managed to persuade Himmler to allow Bernadotte to save interned Swedes, is quoted as having said: "The German people as a whole never made a serious attempt to cast off the yoke. They never seriously protested against the anti-Semitic policy, against conditions in the occupied countries...They have Failed (p. 506). True. But what Bernadotte had to say in 1945 Das Ende, Zürich: Europa Verlag, is much more profound than that. Yes, in retrospect one must agree that Germans failed. And after the war many, but not all, were in a state of stupor about their defeat and, perhaps, in the state of self-absorption that comes with survival. But Bernodotte is much more concerned to point out that the final scene of the demise of the Third Reich lacked the dignity of a true human tragedy. Why? Because the surviving officials of the Third Reich were so unbearably petty; they did not fight for a faith, nor from conviction of an idea, but merely for their naked existence, and that was soiled by inexpiable crimes. Bernadotte referred to the rather petty and pathetic leaders -- the kinds we saw frequently on tv screens during the Irak war and the Arab Spring. Since Bernadotte had worked with people from the German Resistance, he worried, but did not make collective judgement and voice wholesale condemnation.

Rev. David Cairns in the spring and summer of 1945 apparently told the British Council of Churches that German civilians were obsessed with their own survival and that of their families and friends...But what particularly bothered him was "the lack of understanding for the suffering that Germany has caused other people, and an unawareness of the hatred and contempt that, for example, Holland and Denmark, Poland and Belgium, feel for her." Above all Cairns complained that the sense of guilt was "rather lacking" (in Stafford, 2007:506). And Stafford goes on to quote Alan Moorhead who said April 22, 1945, "Not one German has any feeling of guilt." It is not said which Germans he observed. -- And we can be sure that he sat down with the whole German population, or a large representative sample, and had a talk about it with them. And finally, Anne Matheson complained that "these women have no pity but for themselves, Evening Standard 30 April, 1945.

The war was just over -- peace declared May 8, 1945. Yes, the war was just over. A general feeling of numbness had set in. Trümmer, rags, hunger -- and Allies, satiated, victorious, informed -- doing one thing and one thing only, taking the temperature of German guilt.

Authors who collected these condemning statements made no attempt to analyze what they found. For example, that in the last days of the war leaflets were dropped from planes saying "You are guilty." A collective judgement and condemnation before any trial and in the midst of destruction. Nor did the pulse-takers of German guilt think that they, coming from Allied countries were well informed about the murder of Jews in concentration camps, not least by the German military and Christian resistance, among them, Hans Dohnanyi and Dietrich Bonhoeffer; by people who knew, precisely, because they were military or associated with its intelligence; by people who risked their lives to inform the Allies and to stop the war; by people who helped Jews escape; by people who were hanged on meat hooks in Plötzensee. 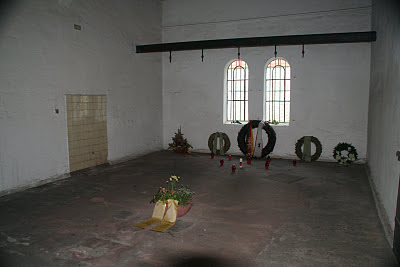 Many of the German population, by contrast, may have surmised that things were not right. But surmising is not knowing. Few of them listened to the BBC. And those who did, shut up and lived, and not only for themselves but for the future; for a sense of democracy and fairness that they knew well and would now have a chance to help put into place.

Authors like the one discussed here are popular in America. History for them is still written from the perspective of World War II Allied propaganda and with the attitude of punishing a whole people -- even though most of these people have long since understood that others suffered first and that their suffering was caused by the defeated.

Books like that of Stafford, and there are many others like it, teach us nothing about defeat. They ignore deliberately the resistance, deem it as having been small in number and ineffective. That it was a substantial minority and has much to tell us is ignored. Nevertheless, the Second World War is their story. 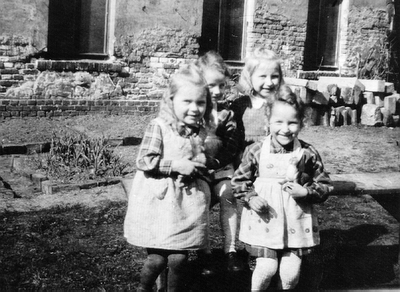 Saved by a Lutheran Orphanage in Telz and the people who did the saving were all WOMEN -- and we were not even their children. Life would be filled with guilt, but also with joy. And, yes, I know that the Third Reich killed -- totally unjustifiably -- millions of Jews and killed millions of others in a criminal war.
Posted by Karla Poewe at 10:32 AM

I was astonished to find the National Post (a Canadian newspaper) publishing an excerpt of a version of history that, last time I looked, was deliberately promoted by the SS. I mean the supposed seven centuries of “an advanced Islamic state” that lifted Europe out of the “Dark Ages.” SS think tanks like Ahnenerbe promoted the writing of page-turning books that were based on a mix of fact and fiction to capture the more effectively readers’ minds in the web of SS propaganda. The aim of these worldview fantasts was not only to write Greece, Rome, and the Judeo-Christianity out of European history, but to eliminate “intellectual Jewry.” Thenceforth the roots of Western civilization were sunk into the ground prepared by glorious “holy wars” starting in the seventh Century that were responsible for the “miraculous” expansion of Arabic Islam.

Numerous SS agents found their way to Arabia, the Near East, and Muslim countries of North Africa to cause mischief and to check out affinities with Islam. Naturally, they found not only affinities -- that is a race specific unitarian faith with a great leader that embodied it and its holy warriors -- they also found outstanding and accommoating propagandists. And the 28th of November 1941 Adolf Hitler met the Mufti of Jerusalem, Amin el-Husseini in the Berlin Reich Chancellery.

And now the same nonsense is written once again with yet another twist. At least the British publisher talked about "Crasades." In the States it must, of course, have the misleading, but sales-inviting words, "Holy War."

Reflection on a BBC Interview on Internet Radio:
There is all this talk about nations turning inward, people turning inward, in light of the current banking and debt problems. Here's my opinion. We cannot turn inward! The last time we did was in the nineteen twenties--the interwar years--turning inward meant fascism outward. A crude romanticism of own; a brutal killing of other. It ended in a dreadful disaster as we all know. -- We can't turn inward because neither evolution nor a personal God made us that way. Our ears listen to what is outside, our eyes look at what is outside, our senses are stimulated by the world, by its crudeness, but also by its nuances of wisdom and beauty. In short, let us do what democrats do. Encourage our and other governments, our and other citizens to live within our means, stop excesses, and help the world get out of the mess we allowed ourselves to drift into. 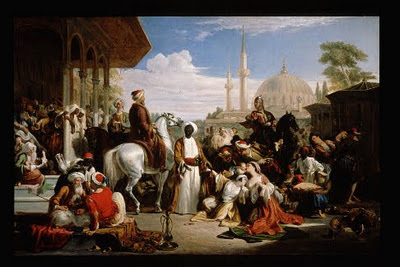 Aging is not for Cowards - a poem from a non-poet 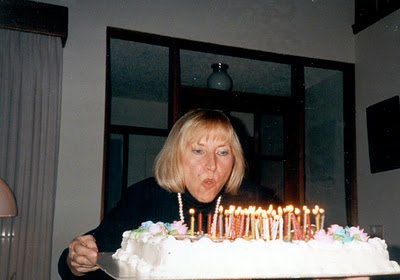 My God, my God
What have I not done,
Not seen my own city,
not been downtown.

I'm in my home and look across --
lights sparkling on the hill --
far away from us.

I've not moved around our city much,
not seen the folk that are poor or are lost,
"sit down" they say, "enjoy your old age,"
but today I know, sitting back is a cage.

The brain must be challenged -- must conquer fear,
our inside must laugh,
our eyes lose a tear.

Age is not for cowards,
though cowards we are --
all the same, walk on,
leave parked your car.

Feel the nerves quiver
and -- when you think -- you'll break,
have a big laugh for laughter's sake.

(Karla) I beg to differ with ‘sitting back is a cage.’

The first are truly troublesome, but the latter are of our own creation. If I see a cage in your life at all, it has got to be academia and your specialization in it.

Don’t you believe that the brain can be challenged outside of that cage?

Unlock that cage (it’s an inside lock) and see your own city, go downtown, see the folk that are poor and lost, feel inner terror if it arises, let your nerves quiver, let your inside laugh, let your eyes lose a tear --- and remember, sitting back allows one to contemplate experiences and their meaning in our lives.

And if you’ve read this far, have a good laugh for laughter’s sake.

You are so right. It's academia; It's my latest concern with the past; and the cage is locked from the inside. But, I seem to be unable to find the key to unlock it from the inside until I have answers to various things. Then -- who knows -- the door could also be unlocked from the outside.

You raised a real puzzle
my blood pressure rose,
my life is a hassle,
my thoughts oft morose.

There is a way out
if I could but see,
human good will sprout,
like blossoms on a tree. 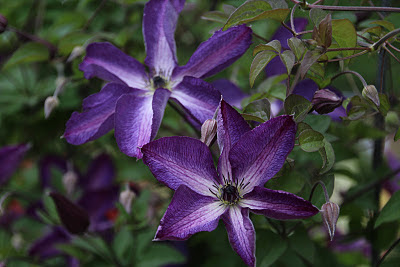