Glancing at Frederick Copleston's History of Philosophy, where he discusses Hobbes' philosophy, threw me back to an experience I had during my first field work in Zambia. I tell it as I thought it while sipping my first cup of coffee this morning.

Copleston points out that in the process of distinguishing philosophy from various other disciplines, Hobbes argues that "the study of the consequences from the passions of men yields ethics", which Hobbes classifies under the general heading of natural philosophy (p. 20).

Good, I thought, this sounds reasonable and remember immediately a happening in the field that has bothered me for decades. I fell in love. It was that simple. Furthermore, it was accompanied by a meeting of minds, and all this during the hard beginning when I experienced the field as desolate, strange, but also as peculiarly familiar. This inner unease filled me with fear so that I had to, as it were, force myself each morning to go out to do my work.

It is thus that Hobbes' notion that the passions of men have consequences, which yields ethics are important.

What we refer to as "falling in love" happened frequently to other anthropologists. It is rather natural that an anthropologist, in my case a woman, who fell in love with a man of the culture she studied, found that the happening had the consequence of opening that culture and its people up to her. By which I mean, that she now met people freely without the nagging fear that something untoward might happen or that fear might bias the research negatively. Above all, it became the point where research really took off. In other word, it had epistemological consequences, by which I mean, it informed the process of how I came to know what I know.

My first reaction to this happening for the 2018 edition was to leave it out. After all, it had upset many an anthropologist back in 1983 when I put out the first edition. Here is my chance to remove it from the book. But I could not! To have done so would have been dishonest.

My second reaction was to ask myself: but can I recommend it? The simple answer is, I cannot! I cannot even say let it happen. And I have no satisfactory answer to the contradiction between
bureaucratic ethics committees of universities who want to remove the person of the researcher from his research and the anthropologist in the field who, as it were, needs every facet of his person to survive and succeed. Nor do field workers live in office blocks but in mud huts where their very person becomes a vital tool, as noted, to the success of the whole field work enterprise. My temporary conclusion is that do not fall in love; but when it happens take the opening of mind to the people around you as a gift, knowing however, that you can not take the it back home.

Reason remains a priority. But if we are honest, we know that reason is but one resource. As any artist will tell you, we cannot omit the repertoire of emotions or passions that lift reason to its great height in the first place. One more point, all depends on distinguishing doing from happening.

My Apprenticeship: An Intellectual Journey

By its very nature anthropology is a risky enterprise. The profession takes “a poor primate, a beast with nerve-endings all over it, a creature with a stomach that wants to be filled, a breeding animal that wants its mate, and (says), ‘Now get on with it. Become (a professional anthropologist)’ ” (adapted from Lewis (2001: 72).

“Field work is field work,” wrote the anthropologist Harry Wolcott (1929–2012). It draws on both art and science thereby making “a contribution uniquely its own” (1995: 252). True, but why does anthropology, being a social science, need art?

An important part of the answer is that field work does not only raise the “how” question as in how do field workers experience their first encounter with different people in an unknown or unpredictable part of the world. It also raises the “why” question. Why do we go to the field in the first place, and why for such a long time risking alienation from our own society and, even more, the loss of friends and spouses back home? Why do we make heart-breaking decisions to leave those we love, when we know that we cannot calculate unexpected consequences down the road? Why do we expose ourselves to amalgamations of “sophisticated” with “primitive” worlds, of eating what we do not recognize as food at home, of coping with unexpected nightmares about distant pasts when we need the light of reason each morning? To recognize the turmoil suggested in these questions, and to understand the coping and overcoming it requires, field workers need resources they didn’t even know they had. They need philosophy, imagination, courage, resilience, creativity, indeed, their very person.

My Apprenticeship: An Intellectual Journey

This coming year, 2018, will see the publication of my book: My Apprenticeship: An Intellectual Journey, by Karla Poewe.

I start with this quotation from Beatrice Webb (1926):

Beneath the surface of our daily life, in the personal history of many of us, there runs a continuous controversy between an Ego that affirms and an Ego that denies…

Now, it so happens that the internal controversy which has been perpetually recurring in my own consciousness, from girlhood to old age, led me in early life to choose a particular vocation…

This citation summarizes the lives of many of us. What applies to me especially is that something in my consciousness going back to my childhood, "led me in early life to choose a particular vocation." Since my preteens I grew up with one question. What in the name of heaven did adults do to make us, their children, grow up in rubble, camps, and generally a chaotic social environment? When I was a student at university, I initially thought that this question could be answered only by going to live and do research in a society that was whole. I wanted to start with a stark contrast to what I already knew. So I chose anthropology ...

In this book I want to go back from the classroom 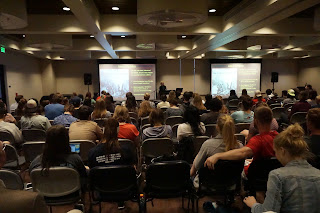 to my very first fieldwork in Africa. 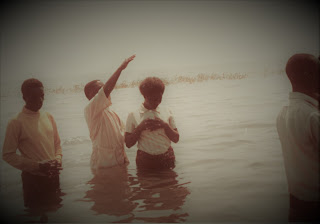