My Apprenticeship, Mental Geography, Researcher as System, and Questions

Below are some diagrams that show the relationship between researcher, childhood memories and environment. The first diagram schematizes the Mental Geography of the Researcher. Only those childhood experiences of WWII and the Early Post-War years are shown that erupted during my first fieldwork in the Lenda valley of Zambia. It should be noted that during the years of assimilation to, and graduate education in, Canada and the United States, personal memories were dormant. I was made aware, however, that Germany was responsible for the Holocaust. The latter was not a personal experience; rather, the experience was one of having been made aware of it as a teenager and young adult in Canada and the United States. The book shows how all this plays into the research.

The row below indicates that Personal Memories Erupted first in Zambia at specific times and on seeing Lenda nature, local makeshift dwellings, experiencing close relationships, during border crossings, and on observing the decadence in the southern part of the region. How all this happened is of course the story of the book. Clearly, these memories generated biases, but in the sense of both positive and negative ones. It is a topic that is picked up again, along with others, in the Concluding Chapter of the book.

The next Diagram sketches the Researcher as System always in relationship with the Environment. The latter consists of the research environment in Zambia, or what I called the Lenda valley and, through correspondence, that of North America. The researcher as system consists of the person doing the research and, while she is doing science, heeding what is happening inside of her. The latter involves, of course, the use of faculties other than, and in addition to, reason, for example, feeling, intuition, the imagination, and so on. The reverse arrow is there to remind ourselves that all these interactions during the research process have consequences, usually unanticipated ones, and involve risk. Doing field work is a highly dynamic set of activities and communications. The book does not analyze these so much as show them. 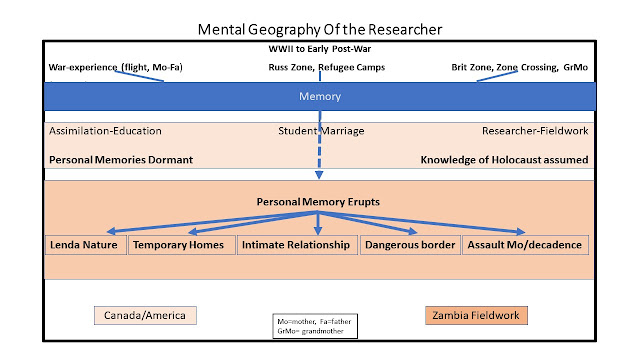 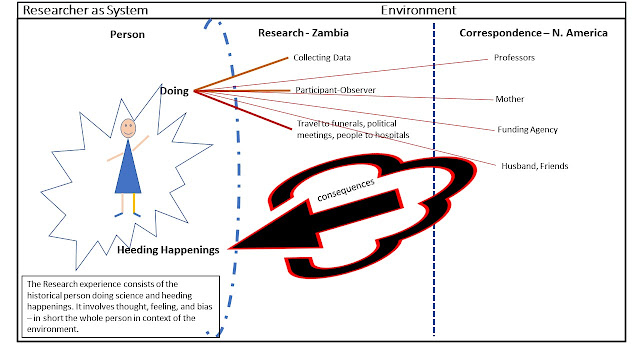 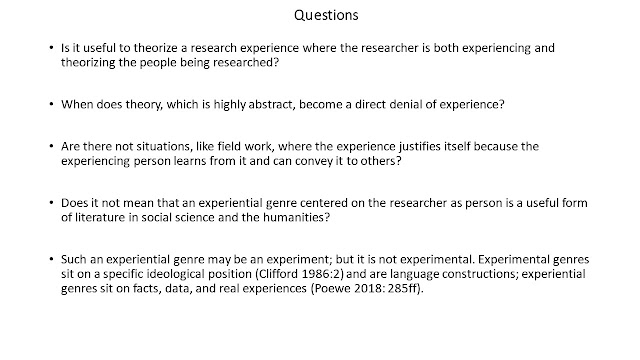 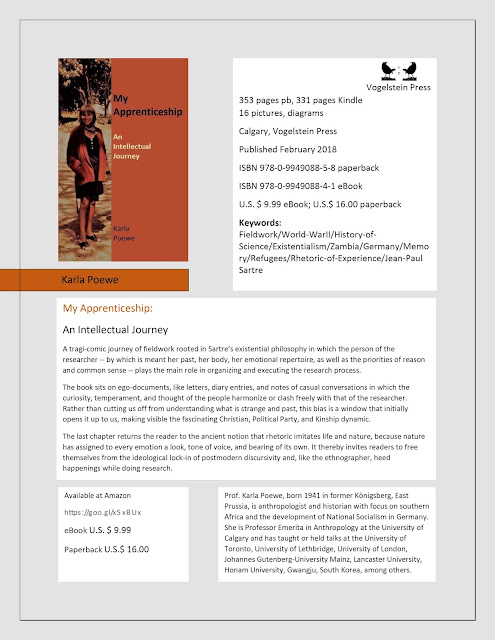 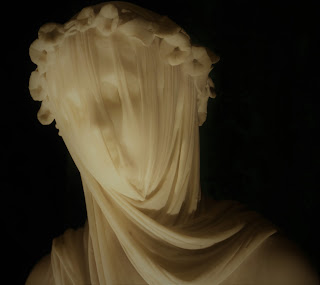 Although unintended, in My Apprenticeship: An Intellectual Journey (2018) I highlight the struggle between two antithetical personae: (1) the female refugee scholar, a figure with a WW II past and the consequent vulnerabilities, biases, individualism, changing perceptions, moments of despair but also what locals call her courage and energy, and (2) the thorough researcher, objective, empirical, and disciplined. It is this struggle that sharpened my sensitivities both to the people I researched and to my inner life. It also made me rethink the meaning of empathy.

Here I want to review Lipps’ three kinds of empathy. We have all experienced them. What is interesting is that one can experience each kind of empathy positively or negatively.

(1) Empirical empathy occurs when sounds of natural objects remind us of, for example, “howling” or “groaning.” They can result in such metaphorical descriptions as “howling storm,” “groaning trees,” which call forth similar feelings in the experiencing self and other. Note the involvement of memory in matters of empathy.17 One person, however, may experience “groaning trees” positively, the other negatively. The reminder becomes more powerful, that is metonymic, when it is experienced as, for example, the “groaning of all creation” or “the groaning” of the spirit, as charismatic Christians in Africa and elsewhere might say.

(2) Mood empathy occurs, for example, when color, music, art, conversation, and so on, call forth similar feelings or moods in the researcher and researched. Thus, I experienced Herero tunes as haunting, melancholy, and overall sad, which is what the Herero showed and said they felt (Poewe 1985). It increased my understanding of their culture, centered as it was on defeat and death, although it also distanced me personally from them.

(3) Empathy for the sensible (in the sense of perceptible) appearance of living beings occurs when we take other people’s gestures, tones of voice, and other characteristics as symptomatic of their inner life (Malinowski 1967). We can talk about “appearance empathy” when we recognize, as in a flash, by a gesture, or something external, the other’s inner life; when we know that it could be, but need not be, part of our inner life. For example, this kind of empathy led to a real breakthrough in my understanding of the Herero. It struck me that their dress made a statement simultaneously about their superiority, sense of failure, and self-protection. This was confirmed by subsequent research and discussions with Herero women.

Note, while my apprenticeship book is specifically about my first research in Zambia, in the conclusion especially, I refer to subsequent research of Charismatic Christians and the Herero of Namibia. 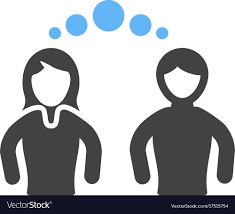 The story of ethnography is like the story of Adam and Eve. We bit into the textual apple of the tree of the knowledge of experience and rhetoric, and now there is no going back…

Broadly speaking, empathy is the ability to share in another’s emotions and feelings. It is not, however, as it tends to be defined in Webster’s dictionary, a matter of projecting one’s own personality into the personality of another to understand him or her better. More frequently, the reverse is the case. Empathy has to do with the projection, in the sense of impact, of the other’s personality and culture on one’s own. The other’s personality and culture create a happening in the open-minded or receptive researcher that requires thoughtful exploration…

The meaning of empathy is in fact more complex than that given above. It is also more than the expectation that the anthropologist be “an unmitigated nice guy” with “extraordinary sensibility, an almost preternatural capacity to think, feel and perceive like a native,” as Geertz would have it (1983:56). And while I would contend that field work is a journey of discovery, it is not quite the quest story as satirized and dismissed by Geertz (1988:44–45). Let us look at empathy more closely.

According to T. Lipps (1851–1914), empathy assumes a common humanity. This assumption is quite the opposite of that of reflexivity which depends on cultural differences and distance (even when none exist or are of minor importance) and is concerned with intersubjective meaning.

Empathetic researchers can experience themselves, in some manner, in the other’s experiences and vice versa. As I converse or interact with the other, the other and/or I will recognize things in accord with our respective inclinations and needs.

It is not the case, as is often assumed, that experiencing oneself in the other’s experiences and vice versa makes for identity. Nor is it the case that the experience is necessarily positive to be empathetic.

Lipps distinguished between positive empathy or pleasure and negative empathy or pain. Positive empathy refers to agreement between the stimulus derived from interaction with the other and one’s inner activity. Negative empathy occurs when the suggestions implied in the interaction conflict with one’s inner self. “Inner activity” or “inner self” refer to the complex activity which involves thought, feeling, intuition, sensation, imagination, and suspected or unsuspected attitudes. In other words, we use all human faculties to make sense of other (and self) and then translate these into written, oral, or visual media—if that is what we want to do.

Next post is about three kinds of empathy
Posted by Karla Poewe at 11:03 AM

Never Give Up on a Dream


Never Give Up on a Dream

If there's doubt and you're cold,
Don't you worry what the future holds.
We've gotta have heroes to teach us all
To never give up on a dream.

Claim the road, touch the sun,
No force on earth could stop you run.
When your heart bursts like the sun
Never never give up on a dream.
…
Crazy notions fill your head,
You gotta break all the records set.
Push yourself until the end
But don't you ever give up on your dream.
…
Sing a song for me children
You don't need no restrictions yeah
You can't live on sympathy.
You just need to go the distance,
That's all you need to be free.
…
https://youtu.be/g1HheJV-pNM

This lyric also inspired a German woman by the name of Stella Deetjen who visited India on a fluke, saw the plight of lepers, stayed and helped for nine years. Then she moved to Nepal where she persuaded local people, through their shaman, to help build birth houses and schools. She inspired, they took on the challenge and her projects are now furthered through the Back To Life Foundation.

I heard about her through a Radio Berlin Brandenburg (RBB) interview. It is unfortunately in German, but those of you who know the language must listen to it. These URLs, the second is a shrunk version of the first, may have to be copied to a browser.

What fascinates me about Stella Deetjen is that while she calls herself a development helper – as if by default – she is inspired by a Faith that truly does path all understanding. Except she calls it the Strength of Love or Power of Love. By the way, her dread locks were something she came up with to discourage Benares men from, well, harassing her – as in nice blonde hair equals available woman.

Love overcomes strangeness and fear. I know this from my own field work, especially, my first field work in Zambia. Most readers already know that I am referring to the book, My Apprenticeship: An Intellectual Journey.

The book is intended for younger readers. Like the two stories above, if on a far smaller scale, it tells the story of daring to place yourself in a strange world with both feet on the ground. The real ground. Here is an excerpt:

There were the blind and the lame, lepers and the insane. Every deformity nature had wrought upon its people paraded before my eyes. As rapidly as it generated birth, it killed. And when nature was finally generous and turned the soil fertile, it increased the parasites that devoured its growth. No one could tell me that nature, untouched by humankind, was beautiful, at best it was indifferent and usually it killed. Lenda was not only the valley of the blind, more appropriately, it was also the valley of death. “We die fast in the valley,” was a common refrain.

According to existentialists … much of the life of any person remains (unexamined). Comfortably insulated by habit and routine he dwells in a state of philosophic oblivion, blindly unaware of the real conditions of human existence. Suddenly, however, there comes a moment when a direct encounter with life is inescapable (Gill and Sherman, 1973, p.22, word in bracket added by author).

For me, there would be many such moments in this valley when a hint of life expiring would increase my dread and focus attention on myself and the human condition. At such times, I would find myself tossed into the past, overcome either by feelings of guilt or bursts of anger. There was the unfathomable pain of mere existence. My nicely ordered world would dissolve into a slimy morass of nothing, oppressing me with its senselessness. At those moments, I experienced not only the meaning of being abandoned but also that of being finite. It’s this realization of the possibility of my not being that persuaded me, again and again, to learn who I was and what it meant to exist… (Poewe 2018: 63-64).
___________________________________________________________________________

Life only demands from you the strength you possess. Only one feat is possible—not to have run away.
Dag Hammarskjold