These monuments speak about German defeat and what it means to be defeated. The defeated -- although in this case it simply had to happen -- more or less lose their voice and lose sight of their dead. But the defeated are rewarded with oversized monuments of the victors. 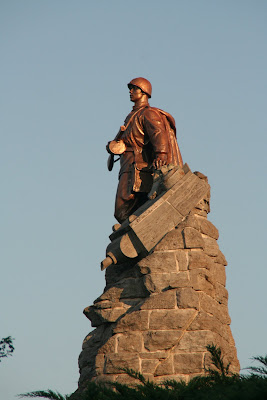 The Russian memorial at Seelow. 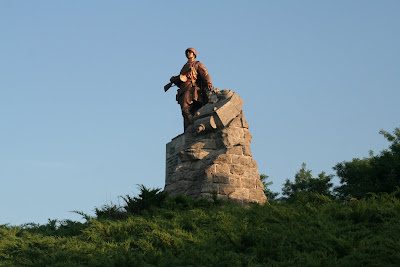 Here is another one at the same place. 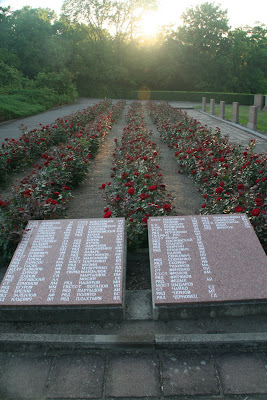 And this, also at Seelow just east of Berlin.

I had to look hard for a memorial to German soldiers. I found this sad story by chance, just outside of Eisleben. The camp held 90,000 German prisoners of war after the defeat. Twenty died each day. Yes, it had to be defeat for Germany. But the enforced silence about what defeat meant and this small, rather hidden memorial says it all. For all its wrongness, I mean the wrongness of that war, it is still sad. Frankly, and generally speaking, I think soldiers are always cheated -- cheated even in their victory and cheated in their death. These German soldiers were in a war that should not have been started, and having been started should not have been criminal, and having been criminal, someone should apologize to soldiers who thought -- as per propaganda -- that they were fighting for their country when, in fact, they were not. No one apologized to them. And except for the hidden memorial below, no one wants to remember. 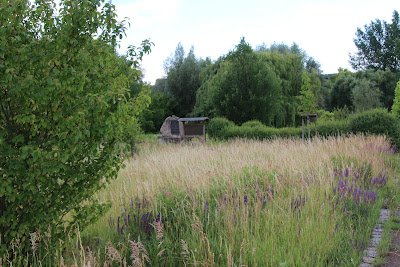 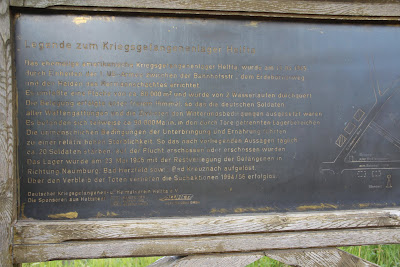