Frustration Expressed in the Primitivism of Clumsy Strokes and Bright Colours

In the early 1970s, I conducted research in the Luapula Valley of Zambia. I was enchanted with the region, its people, and their kinship system. Women were strong, descent was matrilineal. Life was hard, short, and often bitter, but it had its beauty and joy.

When I returned home to the university and was frustrated with the administration or colleagues, I "painted" – although and alas – without skill or knowledge. 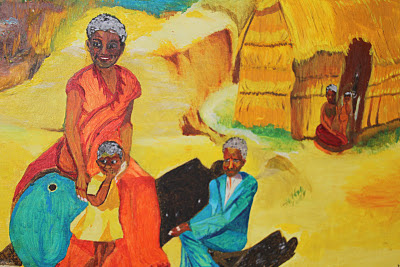 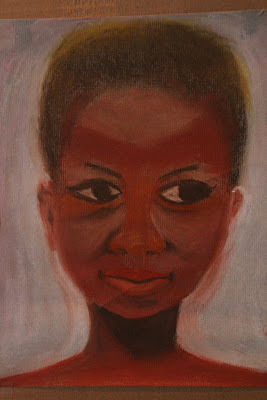 It was a difficult time, full of frustration. I could not dwell on either. Instead, I pushed brush with colour on canvas to portray the harshness and dearth of a sun-burned Africa. Should have done it on a blackboard -- just for the heck of it. But it was not students that frustrated me. They were far too eager to learn then.

The frustration was with myself ... with doing chores, rather than creating. With things not learned, because other things took priorities. 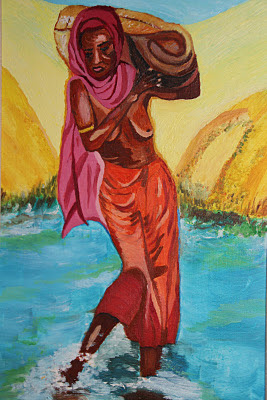 Alas, I would never learn the skill of painting. Nor would I find time to do more. Nor could I afford to be frustrated. It was “publish or perish.” And since I did not perish as a refugee from Königsberg late 1944, it would have been downright ungrateful to those who kept me alive to fail now. 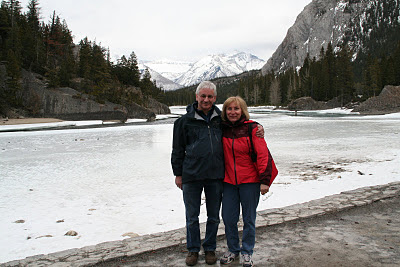 Merry Christmas from Canada
Posted by Karla Poewe at 3:41 PM